An artist portfolio that celebrates the MaxMara Cube, a modular down coat that arrives conveniently housed in its own cube-shaped packaging. 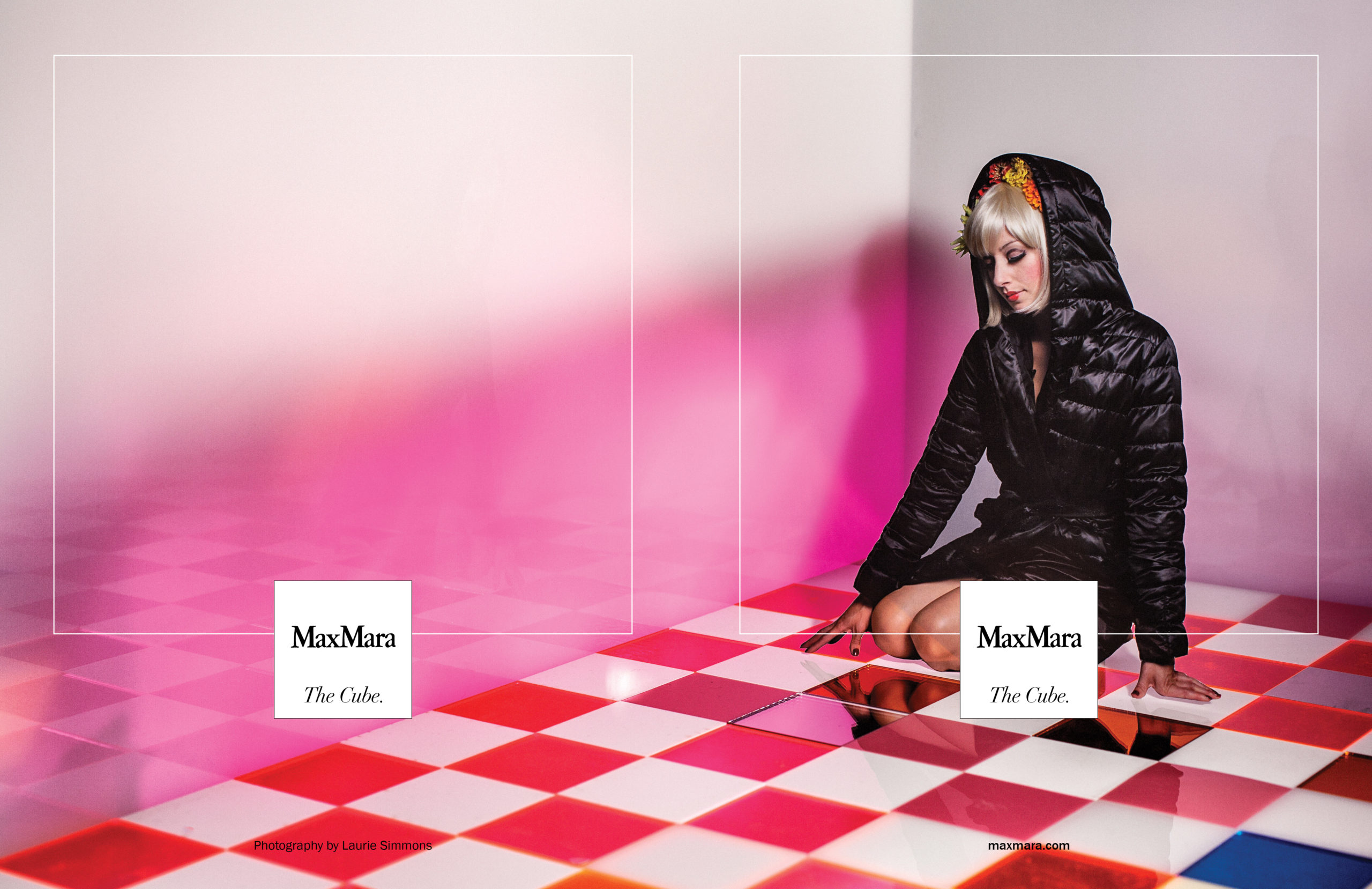 The MaxMara Cube is a modular down coat which arrives conveniently housed in its own cube-shaped packaging. Recognized as an object of great design, it is showcased in the Kulturforum collection of the Staatliche Museum in Berlin, while occupying a place in the permanent collection of the Fashion Institute of Technology in New York.

In 2018, to celebrate the tenth anniversary of The Cube, we embarked on a multi-season artist portfolio as a curated group of image-makers gave us their own vision of The Cube, with the pictures appearing in publications such as American Vogue, Vogue Paris, and Vogue Italia. Since its inception, the portfolio has included Hellen van Meene, Rinko Kawauchi, Koto Bolofo, Christopher Anderson, Laurie Simmons, Tierney Gearon, Marilyn Minter, Stephen Shore, Sam Taylor-Johnson, and Alex Prager. 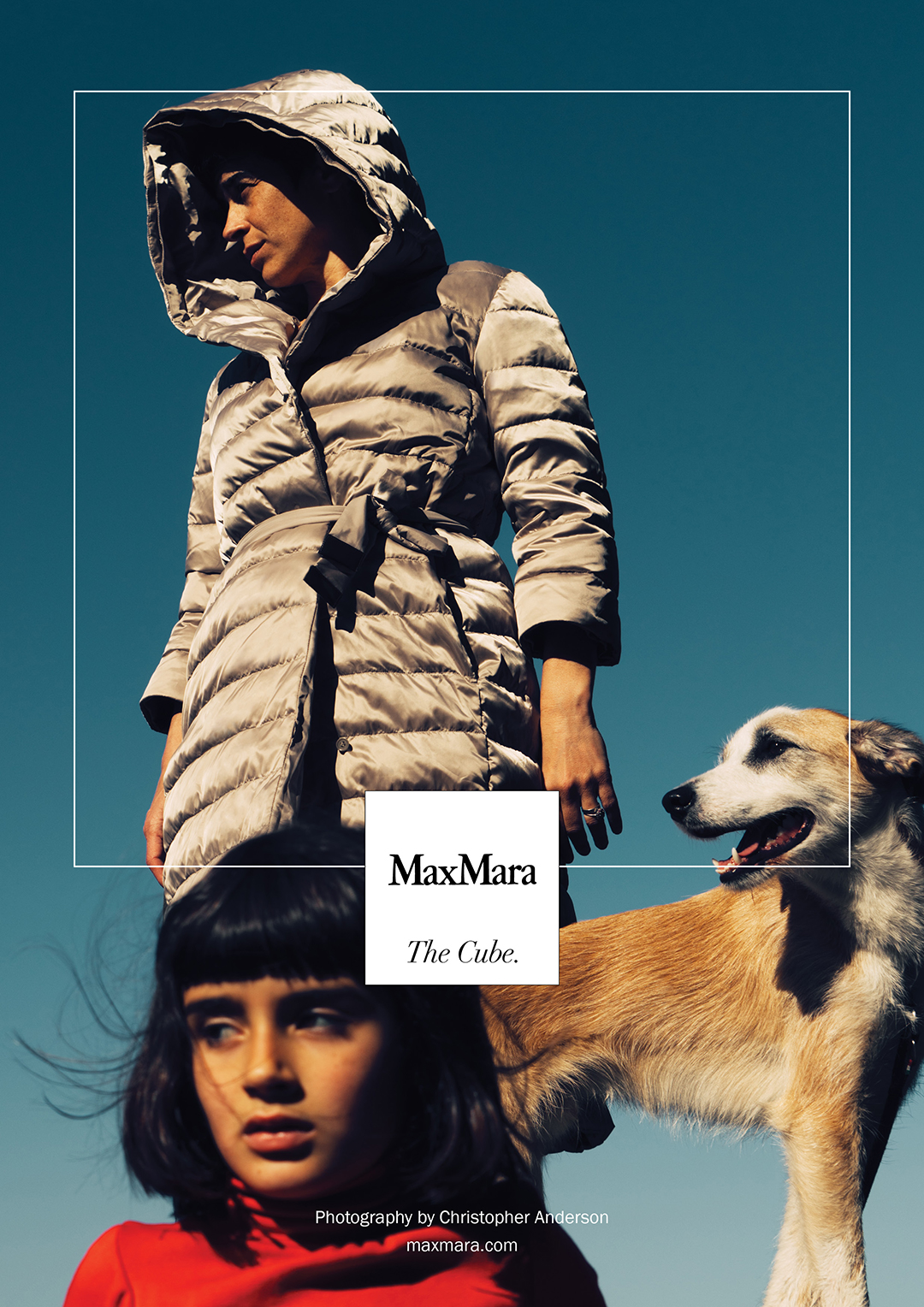 To document The Cube, Anderson photographed his wife, Marion, and their daughter, Pia. “Marion’s relationship to my photographs has been a long and complicated journey. My daughter, on the other hand, is a character. She loves to be photographed. It is incredible how she takes on a role, like an actor, and has a sense of timing and knows when a photograph is good.”
— Christopher Anderson 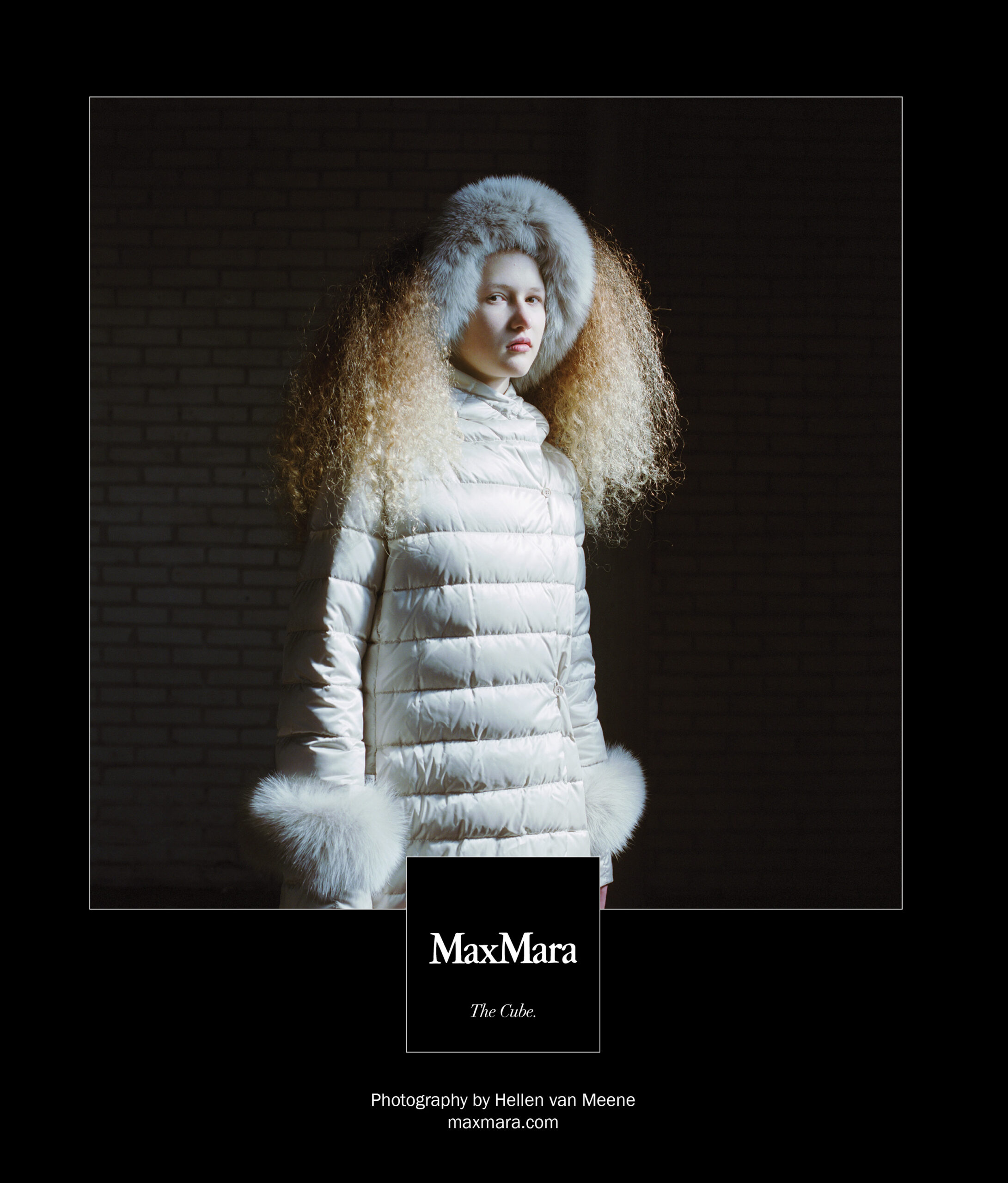 “With the square format you always miss a bit on the side, but that makes the creative decisions more interesting!”
— Hellen van Meene “When photographing The Cube I was looking for visually and structurally complex environments. Nothing too neat. Nothing too ordered. I wanted an environment and a tonality that complemented The Cube.”
— Stephen Shore 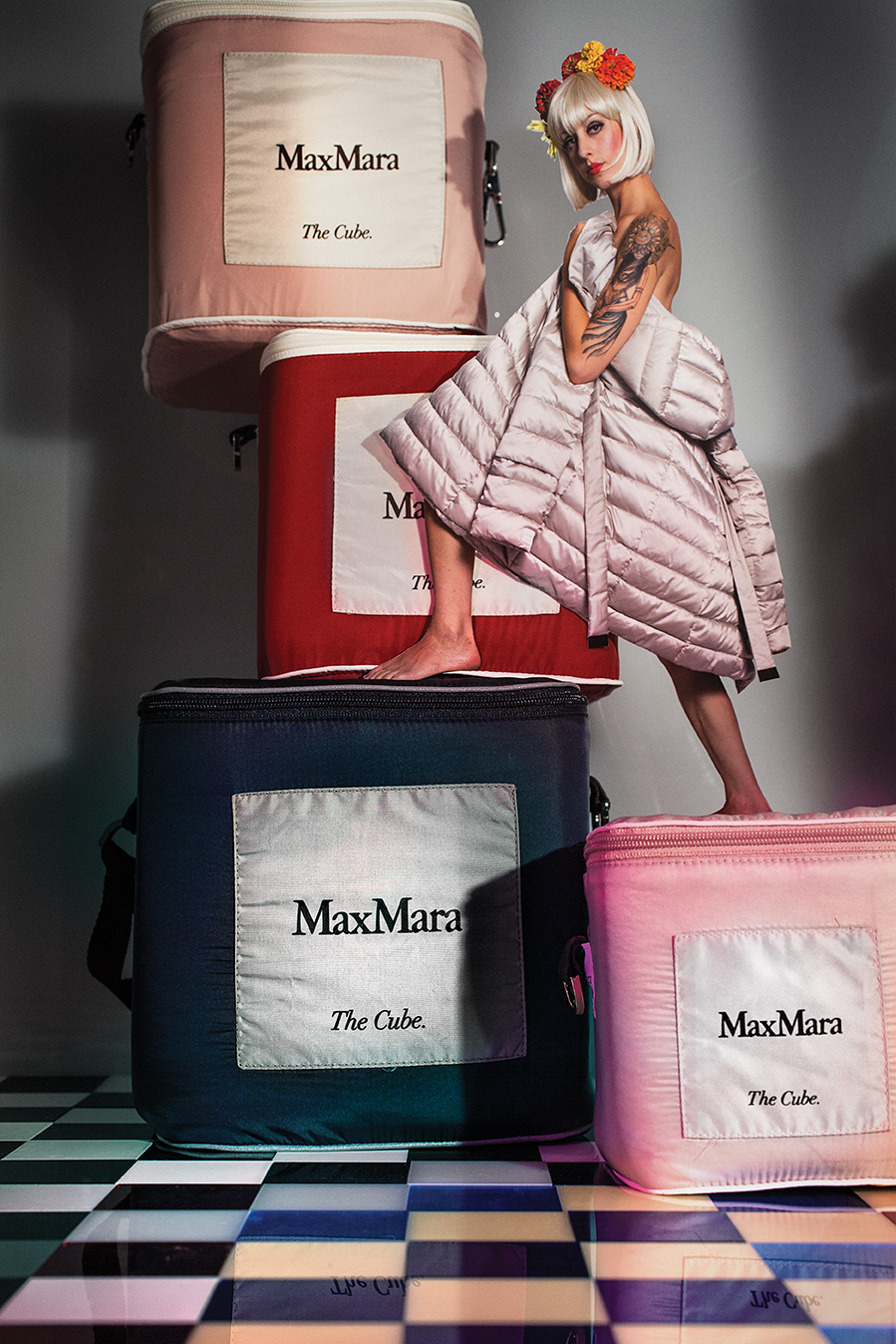 On the topic of gender, when asked if things had become easier for women artists, Laurie Simmons’ answer was short and direct: “Things have changed but not enough.” Enough said. “I like the idea of making images of things you know exist but don’t necessarily see a lot of, like freckles, like your dirty feet after you dance all night, images that you never see.”
— Marilyn Minter “What I do when I take photos is I live in the moment. I create situations where something interesting will happen, and by allowing everyone to be a part of the creativity you get spontaneous moments.”
— Tierney Gearon In the spirit of Gertrud Whitney, and in light of the current conversations about all things gender-related, Barney has a surprising and somewhat reassuring answer when asked if she feels she faced challenges when breaking into a field that was once completely dominated by men: “Never for one second.” Then, she added with a laugh, “It’s in to be a woman.” 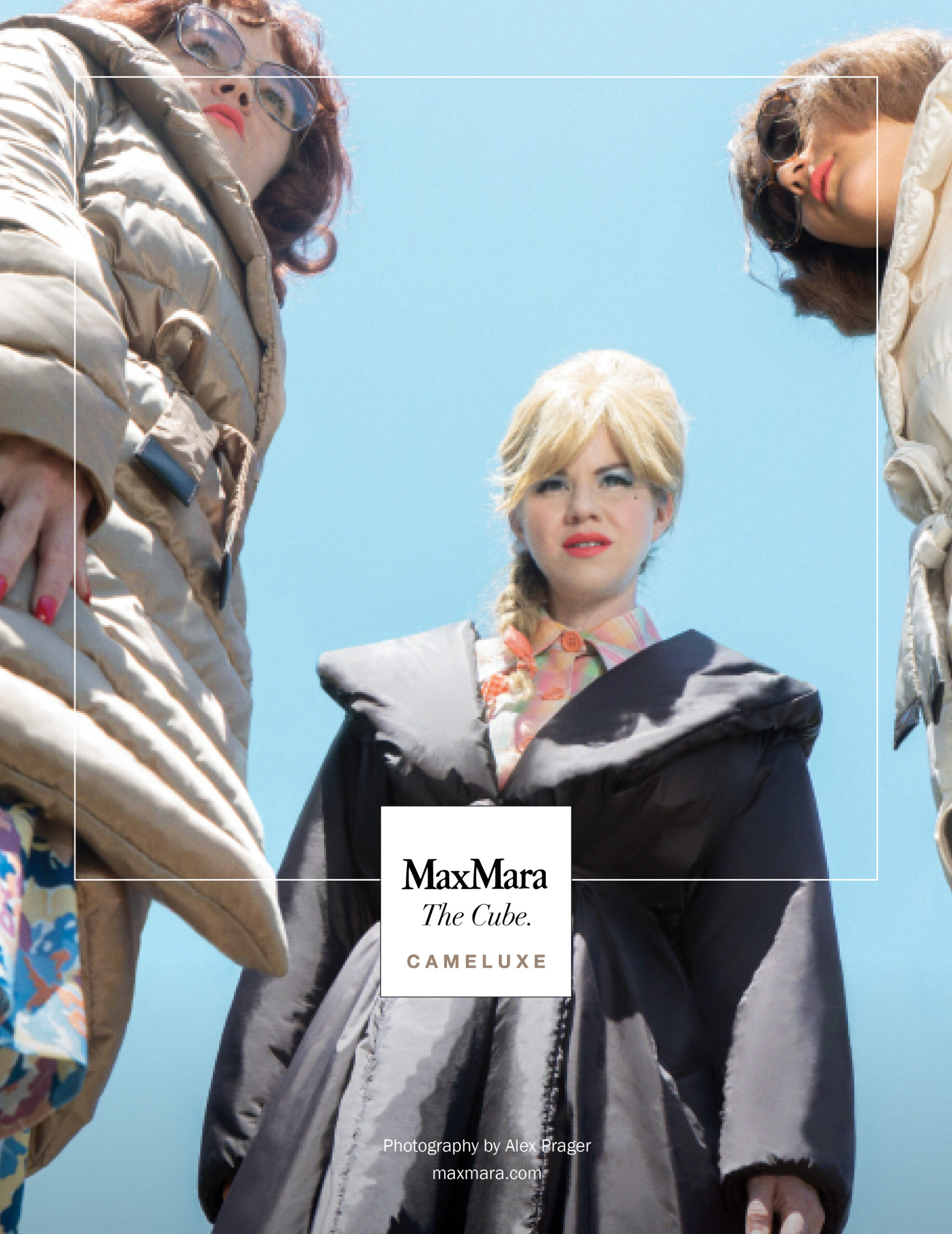 “My characters, sets, and ideas are an amalgam of the things I’ve collected moving through life — my memories, films I’ve loved, people I used to know, artists I’ve been influenced by, my family and my friends. I use all of it in my work.”
— Alex Prager “Enveloped in light, it was almost as if she was receiving a blessing—a celebration of the fact that she had been born into this world.”
— Rinko Kawauchi